Nothing is as simple as it seems when Dutch and John take on a warrant to retrieve a missing migrant worker on Leith. They quickly discover something far more dangerous lurking beyond the edge of the farm. Meanwhile, D'avin needs to pass a psych evaluation before he can become a Killjoy. But Pawter Simms' assessment brings into question D'avin's mental fitness for the job.

D'avin and Johnny are at the RAC Headquarters, awaiting word on Dav's application to be an agent. He scores very well on the RAC tests, but needs to pass a psych evaluation. Then he will be cleared to be a level 4 Killjoy.

Meanwhile, Dutch is busy torturing a man that Khlyen wants dead. She is trying to find out what he knows about Khlyen, but the guy either doesn't know or can withstand a lot of pain. Ultimately Dutch believes him when he says he doesn’t know Khlyen or why he wants him dead and she lets him go.

D'av and Johnny return to The Royale, where there is a big party going on for Harvest Week. Drinking and fighting ensues until Dutch returns in a bad mood and shuts the fight down. D'av tells Dutch about there results of his application and the pysch eval and she points him to Pawter Simms, the doctor who runs a clinic above the bar.

Johnny spends some time with N'oa, sexer at the bar, who paid for a Level 3 Warrant for her husband, Vincent, who didn't return for Harvest Week. She's co-signed his work visa, and if he's not back when it expires, the penalty (ten years hard labor) goes to her. Johnny convinces Dutch to take the warrant and they go undercover on Leith.

Pawter agrees to perform D'avin's psych eval, on the condition that he can get her aboard Lucy on their trip to Leith. She wants to buy some medicine at the bazaar.

On Leith at the Martell Farm, where Vincent was working, Johnny goes undercover as a migrant worker, while Dutch poses as a glamorous Hokk importer looking to buy Bedros Martell’s products.

The conditions in the field for migrant workers are tough and Johnny sees firsthand what a tracker implant does when a worker tries to run from the farm.

D'avin finds out that Pawter has an interesting way to negotiate for medicine, injecting the shopkeeper with a virus and withholding the antidote until she gets the black market medicine that she needs. As they leave the bazaar Pawter observes the effect that the Harvest Week fireworks have on D'av. Pawter's diagnosis for D'av is Stress Response Syndrome. He tells her he learned she was banished from Qresh, they both have secrets.

Back at the farm, Dutch is tasting wine and probing Martell for information, eventually knocking him out and scanning his eye to hack into his computer to search for Vincent's tracking implant location. In the field Johnny cozies up to Shyla, another migrant worker, to try to find out about Vincent.

Dutch gets caught snooping by Martell, but she easily fights her way out and goes in search of Johnny. Johnny has followed Shyla to the secret Jakk fields, a drug operation that Vincent is running in the forest near the farm. Vincent doesn’t want to return to Westerley, and he's willing to let his wife go to prison for him.

To cover up his own involvement, Martell has sent the authorities after Vincent's Jakk grow-op, and they have sent a flight of ships to drop defoliant on the forest to kill everything; Jakk, trees, and people, in the area. Vincent offers himself up to the Killjoys rather than die in the fields. Shyla, on the other hand, stays behind. The Killjoys return Vincent to N'oa, but she has figured out that Vincent isn't worth the time of day. It turns out that Dutch and John took the scenic way back and Vincent's warrant expired an hour outside of Westerley and he ends up going to prison. 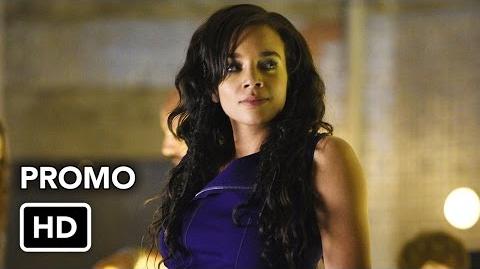